A place where craft beer, sophisticated street food, and live music come together.

Launched in April of 2021, La Textil is located in a former textile warehouse (hence the name) in the Eixample just across the street from Casa Calvet. It’s a luminous space spanning over 3,500 square feet, dedicated to the elaboration of craft beers and some of Barcelona’s most unique culinary offerings.

The open kitchen sits in the midst of a large dining room with seating for 100, and boasts a three-ton Josper oven built to order and regularly serving up the best roasts in the city.

After an itinerant period in different restaurants and culinary collaborations, chef Pablo Lagrange (Mugaritz, Noma, Tickets or Pakta), takes the reins on the grill - fire, smoke, and charcoal -, with the help of small local growers, a little magic.

But we mustn’t forget that La Textil is also a craft brewery, with a production capacity of 120,000 liters annually. Master brewer Brian Blazek, also a manager and the project’s public face, is an aficionado of Belgian beers. But his idea is to continue to brew new beers, exploring and evolving, and always trying something new. That’s part of why La Textil has 18 rotating taps, a few of which are reserved for the rare lager, like the So What (Pilsner Lager). With this philosophy, Brian demonstrates his intention to introduce the profane into the world of craft beer.

Those not wild for beer are also in for a treat because La Textil also has an extensive menu of excellent wines, predominantly local, as well as cocktails of all kinds. On top of all this, the café is by Nomad, the company founded by Jordi Mestre.

The icing on the cake is the basement level. When it opens, it will have a completely separate concert and event space that will make La Textil a new point of reference in Barcelona. 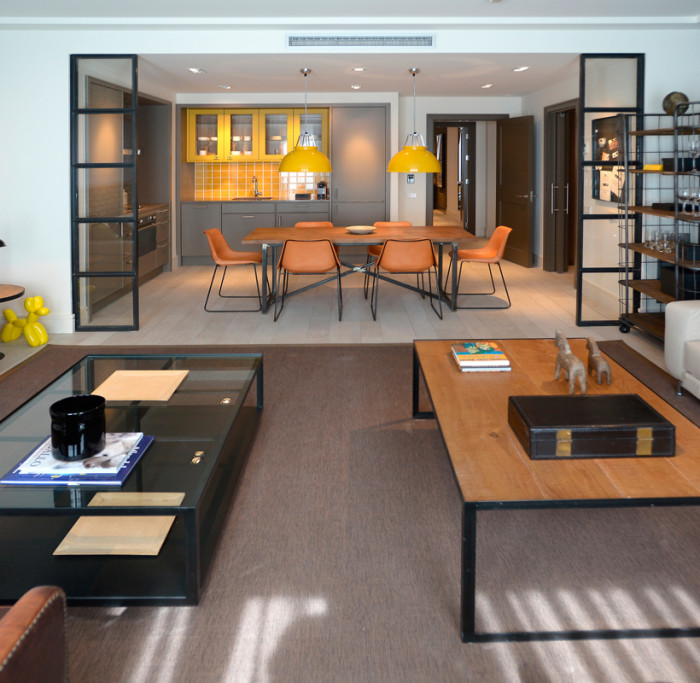 Luxury apartments in the Eixample of Barcelona