Basic Info
Passeig de Gràcia, 92
L3 (Green) & L5 (Blue): Diagonal
https://www.lapedrera.com
From 9am to 9pm
All parts of the house are accessible, except the roof.

Barcelona is one of the great architectural capitals of the world, largely thanks to the treasures bequeathed to the city by the architect Antoni Gaudí. His most imaginative building is La Pedrera or Casa Milà, which drew on the very boldest of the genios over the course of tour years (from 1906 to 1910). Remarkably, this jewel of a building, which has been declared a World Heritage Site, remains at the forefront of architecture one century later. It is a timeles, thorougly modern work, which never goes out of fashion, because it is unique and, at the same time, it never ceases to sorprise the visitor.

Gaudí was commisioned by the Milà family to create this charming building, which explain why it is also known as Casa Milà. The architect began work on it alter finishing the Casa Batlló, another of his undoubted masterpieces. Looking at la Pedrera, it is clear to see why Gaudí is know as the architect of imposible forms. One only has to survey the façade, with its fascinating convexities and concavities. The visual effect evokes waves in the sea, as if the architect were paying homage to the Mediterranean. Indeed, Gaudí made the most of naval enginnering techniques to construct this building, decorated with wrought iron balconies which lood like plants. Another interesting details is the rouge-hewn appearence of thestones, reminiscent of a quarry “pedrera” in Catalan, hence the name by which the building is know. The overall impresión is that o fan enormous moving sculpture, with seems to guide the visitor up to the roof. Here, giving free rein to his wildest flights of Nancy, Gaudí created sinous and curvilinear shapes, crowning this whit chimeneas covered in shards of glass.

La Pedrera is an absolute must for anyone interested in the life and works of Gaudí, and consists of two distinct elements: a tour through a permanent exhibition dedicated to his work, and a stop atop the terrace, where you can get a closer look at the sculptures and architectonic features that embellish the space. A third component of your visit might also include a stop at the fifth floor of the building, where the past lives on in various furnishings and accessories of the Modernist era that help to recreate the living spaces of the Barcelona bourgeoisie during the first three decades of the 20th century. 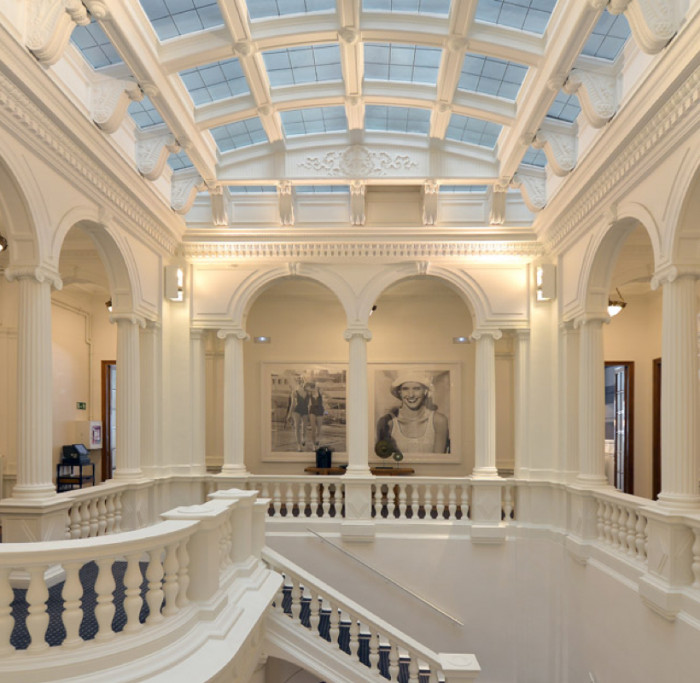