The Block of Discord

In the same block of Paseo de Gracia we meet the three great geniuses of Catalan modernism: Gaudí, Domènech i Montaner and Puig i Cadafalch.

The Manzana de la Discordia is the name given by the people of Barcelona to the group of houses located on Paseo de Gracia, between the streets of Aragón and Consejo de Ciento. In this block of the Eixample we find represented the three most important architects of Modernism: Casa Lleó i Morera (1902-1906) by Lluís Domènech i Montaner, Casa Amatller (1898-1900) by Josep Puig i Cadafalch, and Casa Batlló ( 1904-1906) by Antoni Gaudí.

Why did the citizens of Barcelona baptize that block with the name of Apple of Discord? What they intended was to make a simile with an episode of Greek mythology that tells us the wedding of Tetis (god of the sea) and Peleus (father of Achilles), to which all gods were invited except Eris, the Goddess of Discord. Very angry, she presented herself at the banquet, leaving on the table of gifts a golden apple with the inscription: Kallisti (for the most beautiful). The apple was claimed by Hera, Athena and Aphrodite. To avoid arguments, Zeus proposed that a trial be held, presided over by Paris, Prince of Troy, to decide who would be the golden apple. The three goddesses tried to convince him, and finally Paris gave the golden apple to Aphrodite, who had promised her the love of the most beautiful woman in the world: Helena, wife of the king of Sparta. And this fact provoked the Trojan War.

The simile of this episode of Greek mythology with the Block of Discord indicates that Barcelonians still doubt ... To which of the three modernist houses corresponds the golden apple? Which of the three buildings is the most beautiful: Casa Lleó i Morera, Casa Amatller or Casa Batlló? 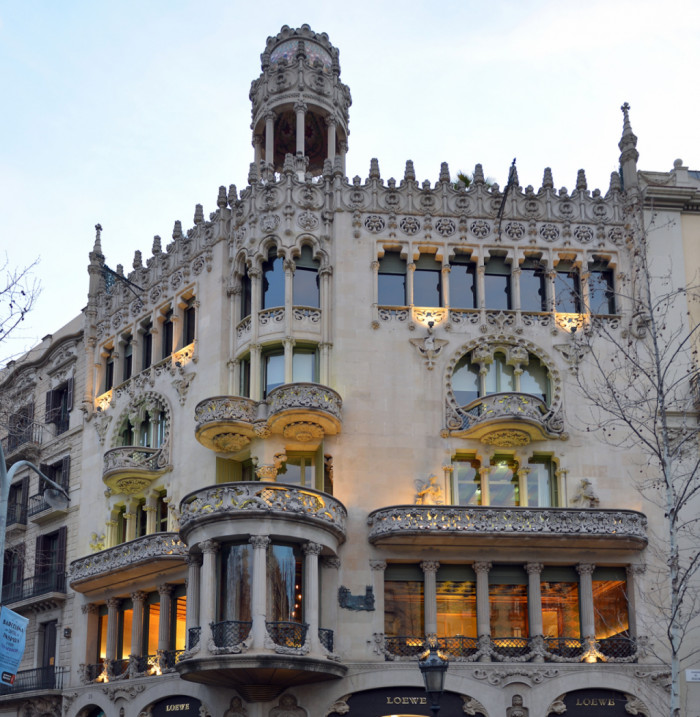